Folks, there is a great new BBQ option in Boulder county. I first learned about this gem while covering the story on the upcoming diverging diamond intersection on McCaslin and redevelopment plans for Superior Town Center.   Waynes Smoke Shack True Texas BBQ is out of this world.  A buddy and I gave it a try earlier this week and wow were we impressed.

The moment you walk in, creative art, a delightful menu board and plenty of photographs capture your attention.  Oh, and don’t forget the aroma of delicious smoked meats beckoning.  This place screams Texas BBQ. 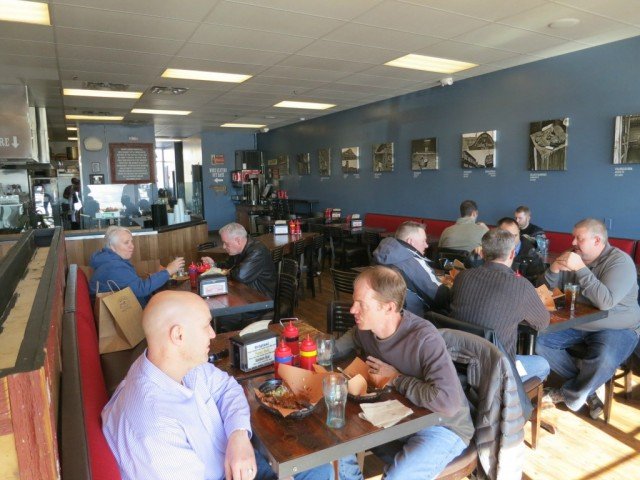 Waynes Smoke Shack is decorated with photographs taken by the owner. Wayne Shelnutt took the photos himself.   Have you ever been to the Austin, Texas area?  Then you’ll recognize the influence of the regions love for bbq.

Meats By The Pound 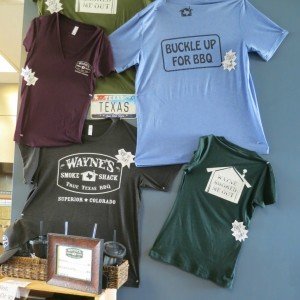 Meats are served by the pound.  Wayne mans the cutting station. He’ll describe the difference between the lean brisket and the fattier shoulder.  The pork ribs are simply heavenly.  Waynes Smoke Shack got started with catering, saw the demand and moved into the current location at 406 Center Drive, Superior, Colorado – sort of close to Whole Foods and the Costco.  A simple menu lets you order your food by the pound.  Delectable sides are two dollars a scoop and meals come with a complimentary roll.  Three fantastic and truly different sauces are available at your table.  All the food at Waynes Smoke Shack is homemade.

Don’t Take My Word For It

Here is the owner, Wayne Shelnutt in his own words telling you all about his out of this world bbq joint.

What you need to know

Waynes Smoke Shack True Texas BBQ is open at 11 am for lunch and closes when the meat runs out.   The day we visited, there was a manageable line.  We tried the brisket and ribs. I had some of each of the three sauces.   Portions can get big quickly, since you are paying by the pound.   Comfortable ambiance and plenty of tables – this is an ideal spot for a quick business lunch.

A simple menu is part of the inviting experience at Waynes Smoke Shack. Meats are sold by the pound, sides are $2 bucks a scoop. 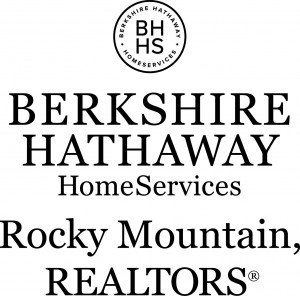